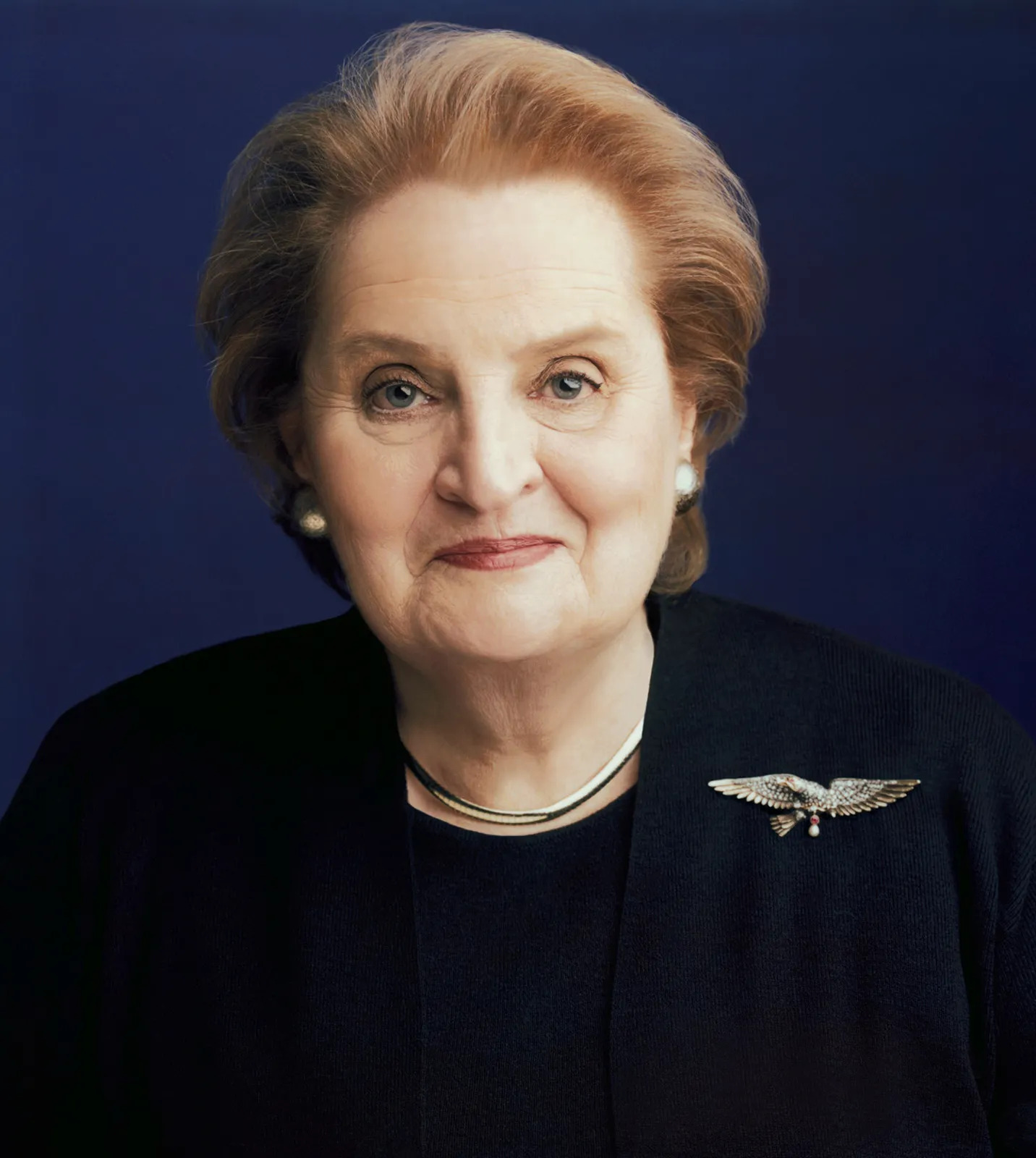 Madeleine Albright, the first female secretary of state of the United States, has died. She died at the age of 84. Her death was verified on social media by her family in a statement. “We are sorry to inform that Dr. Madeleine K. Albright, the 64th Secretary of State of the United States and the first woman to occupy that office, died away earlier today,” said the statement released on Wednesday. “Cancer was the root of the problem.” She was surrounded by her loved ones. “A wonderful mother, grandmother, sister, aunt, and friend has passed away.”

The message continues to discuss her origins and accomplishments as a feminist hero.

“Madeleine Albright, a native of Prague who came to the United States as a refugee in 1948 and went to the pinnacle of American policymaking, earning the Presidential Medal of Freedom in 2012, the nation’s highest civilian distinction,” the statement reads.

She was a professor at Georgetown University’s School of Foreign Service, chair of the Albright Stonebridge Group, part of Dentons Global Advisors, chair of Albright Capital Management, president of the Harry S. Truman Scholarship Foundation, chair of the National Democratic Institute, chair of the US Defense Policy Board, and an author at the time of her death.”

“She created the Albright Institute for Global Affairs at Wellesley College, served as a lifelong trustee at The Aspen Institute, and was a member of the chapter of the Washington National Cathedral,” the statement continues.

When she served in President Bill Clinton’s administration, Albright was a force to be reckoned with. After serving as Clinton’s U.S. ambassador to the United Nations from 1993 to 1997, she became his secretary of state from 1997 to 2001.

“As the first female Secretary of State, she was a pioneer who truly opened doors for a big portion of our staff,” said Ned Price, a spokesperson for the US Department of State. “She took such a large number of individuals under her wing… It’s a heartbreaking piece of information.”

Clinton issued a statement on behalf of himself and his wife, former US Secretary of State Hillary Clinton, shortly after news of Albright’s death surfaced, which may be read in full below.

The death of Madeleine Albright has deeply devastated Hillary and me. She was one of the best Secretaries of State in history, as well as an exceptional UN Ambassador, a smart academic, and a remarkable human being.

Only a few presidents have been so well-suited to the eras in which they served.

Madeleine and her family were forced to abandon their home twice as children in war-torn Europe.

When the Cold War ended and a new age of global interdependence began, she became America’s representative at the United Nations, then became Secretary of State, where she was a tireless advocate for freedom, democracy, and human rights.

She considered her position as both a responsibility and an opportunity since she observed directly how America’s policy choices may affect people’s lives all across the globe.

And she made the most of them in the pursuit of peace, security, and shared prosperity: ending ethnic cleansing in Bosnia and Kosovo, supporting NATO’s expansion into Central Europe, combating nuclear proliferation, expanding US efforts to strengthen civil society, reduce poverty, and relieve debt in developing countries, rising global concerns about climate change and environmental degradation, and much more.

And through it all, she never lost her fantastic sense of humor or her willingness to go out with her boots on, supporting Ukraine in its struggle for freedom and democracy, even as recently as two weeks ago.

Hillary and I will be eternally thankful for our beautiful relationship and the dependably sensible advice she provided us over the years.

Madeleine’s death is a huge loss to the world at a time when we most need her lessons, but we know her legacy will live on through all of the students she taught at Georgetown, everyone who was inspired by her remarkable journey from refugee to Secretary of State, and the many people around the world who are alive and living better lives as a result of her service.

We last traveled together about three years ago to commemorate the 20th anniversary of Kosovo’s war for independence, when a monument of her was unveiled in downtown Pristina.

She had a wonderful day that she deserved.

Alice, Anne, and Katie; her grandkids; her brother John and sister Kathy; and everyone who loved her as much as we did is in our thoughts.