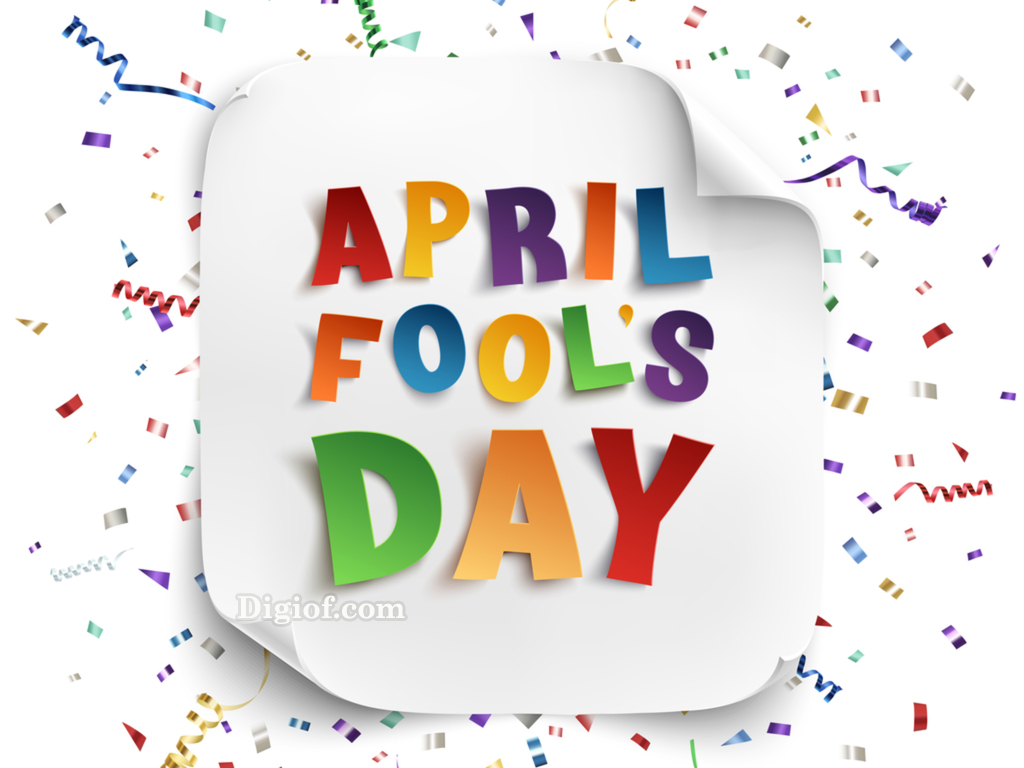 April Fool Messages, Prank Text Wishes, Images, Quotes, Cards, Greetings, Pictures, and GIFs for 2022: The funniest and most amusing day of the year is upon us once again, and we’re all in desperate need of some original April Fools’ jokes. The 1st of April provides us with the ideal opportunity to make a fool of our loved ones without causing any resentment. Sending prank texts to your boyfriend or girlfriend on this day might be a fun way to surprise them. The 1st of April is unquestionably the ideal day to exhibit your creativity in the most amusing manner imaginable. Here are some April Fool’s Day texts that you may use to prank your friends, family, boyfriend, or girlfriend.

No matter what it is 1st March or 1st April. A fool is always a fool. You know what I mean.

The month of March has been extended by 24 hours this year to avoid April 1. So, don’t be worried. No one is going to make a fool out of you this year.

Do you know that the first day of the 4th month of this year is going to be the longest day on earth? Check out the official page of NASA for more details!

We live during the end of time when babies are born with no teeth, and people read messages with no brain. Such a difficult time to live!

What if I told you your whole life was a lie? What if there is the 32nd day of March, and what if the rest 364 days in a year all are called April 1st? What if you wake up and realize that you are an April fool forever?

I am feeling so excited to let you know that I’m getting married on the 32nd of March this year. I’ll be so happy if you attend the ceremony.

Do you hear that Aliens have contacted the Earth? Just google it to know more. Surely, it will be on trending today. Don’t end up as a fool.

Surviving April 1st is easy. Just be yourself, and it’s all the same as the other 364 days! By the way, did you know the celebration of April 1st this year has been postponed due to the covid19 pandemic?

Breaking News! Scientists have confirmed the outbreak of a new virus that may affect people of all ages worldwide right at the beginning of April this year. Once attacked by the virus, patients cannot sleep without closing their eyes. Be very careful!

Tomorrow, don’t believe if someone tells you that the sun rises east and sets at the west. Just tell them that the sun never rises or sets; it always remains at the same place!

Your presence in my life is just as much important as the 32nd day of March. I really love you so much.

I have so many things to say to you. But I want you to prepare yourself first to hear what I have to say. Ok, now go in front of a mirror. What do you see? The first person to become an April fool by me!

I have fallen in love with someone else, and I am thinking of finally telling you everything about it on April 1st. So that you don’t take this matter seriously!

I have thought about it again and again. I think now is the right time to tell you about it. I’m pregnant. Now tell me, how’d you like to become a father on April 1st?

A cup of milk, 2 spoons of sugar and some melted chocolates…… do you want to know what I am making? I am making a fool out of you! Happy April 1st!

If April fool had an official face, it would be you. Anyone can make a fool of you out of nothing. The real fun of April fool still exists because of people like you!

Breaking News! A new island called fool’s paradise has been discovered, and it has been named after you. The residents of the island are demanding a visit from you on April 1st, this year!

If you can say APRIL without your lips touching, you are, in fact, one of the few people who can never be fooled on April 1st. Try it now!

Swallowing 5 chewing gums a day makes your skin softer and more glowing. So, next time you buy chewing gums, swallow them whole instead of chewing! Happy April 1st!

Security Alert!!! This Message contains a malicious virus that may interfere with your personal information stored on this device!
PRESS DOWN IMMEDIATELY!
Thanks for giving us access to your device!

Today is only for you. You’ll be celebrated throughout the day and be praised for all your glorified foolishness. Happy April 1st, my love!

Scientists have discovered that fat people appear to be slim when they look at themselves through the mirror from a distance of exactly 3 feet. The news of this groundbreaking discovery came on April 1st, last year!

Every year has a day for parents, a day for friends, a day for lovers, and a day for you! Do you the day? It’s April 1st, my love!

If you feel a little stressed and worried, bite the tip of your middle finger. It’s a scientifically proven trick of anxiety management, especially effective for April fools around the world.

Have you seen the moon yet? It’s the most beautiful moon ever. Just look up in the sky and ……. Keep looking until you see the moon rising!

The moment you see this message, your back button will stop working, and your Facebook profile will be hacked instantly. Wait, did you click on your back button? Congratulations! You’ve been made an April fool!

You might have enjoyed your day to the fullest. And why won’t you? After all, it’s April 1st, the day in every year when you get to feel like the king, the king of fools to be more specific!

Congratulations! You’ve got 50% off in any online shopping on 1st April 2022. Use your voucher called ‘April Fool’ and your name as the secret code!

People affected by coronavirus can’t do more than 5 pushups. I have tried, and I think I am ok. Please try this, my friend. Your health matters a lot to me! And yes, Happy April 1st of course!

I have discovered a cartoon in you. You can see it too! Just look at yourself through the mirror! Happy April 1st!

You can’t read this message with one eye closed. Just kidding! Of course, you can be stupid. I was trying to make you a fool, and look how easy it was!

No matter how hard you try, you can never touch the tip of your nose with your tongue. Congratulations! What a disgusting, stupid fool you are!

“It is human nature to think wisely and act foolishly.” – Anatole France]

“I’m not a fan of April Fools’ Day. I can take a joke; I just don’t want to BE the joke.” – Stewart Stafford

“If you are not cool, who cares, give a hoot and make a fool out of you.” – P.S. Jagadeesh Kumar

“Talk sense to a fool and he calls you foolish.” – Euripides

“Today is the day to propose. If she accepts, great, if not just say April Fools.” – Unknown

“Mix a little foolishness with your prudence: It’s good to be silly at the right moment.” – Horace

“Better a witty fool than a foolish wit.” – William Shakespeare

“The first of April is the day we remember what we are the other 364 days of the year.” – Mark Twain

“A mother takes twenty years to make a man of her boy, and another woman makes a fool of him in twenty minutes.” – Robert Frost

“Here cometh April again, and as far as I can see the world hath more fools in it than ever.” – Charles Lamb

“Some people can’t be fooled on April Fool’s Day because they were fooled too many times during their entire lifetime.” – Akash B Chandran

“April Fools’ is the only day to take people seriously.” – Criss Jami

Don’t miss out on the opportunity to trick a friend, lover, or girlfriend on April 1st, or you’ll be the April Fool. Show them how cleverly you can throw jokes on them without them recognizing it by using your imagination to the maximum. Because these are the most innovative and amusing April Fool jokes you’ll ever discover on the internet, our collection of April Fool jokes and prank messages will undoubtedly give you an advantage over them. So, put an end to your quest right now, right now, and choose one from our list. Send it as soon as possible as a text message or as a social media post to outwit them all when it comes to April Fool’s pranks!